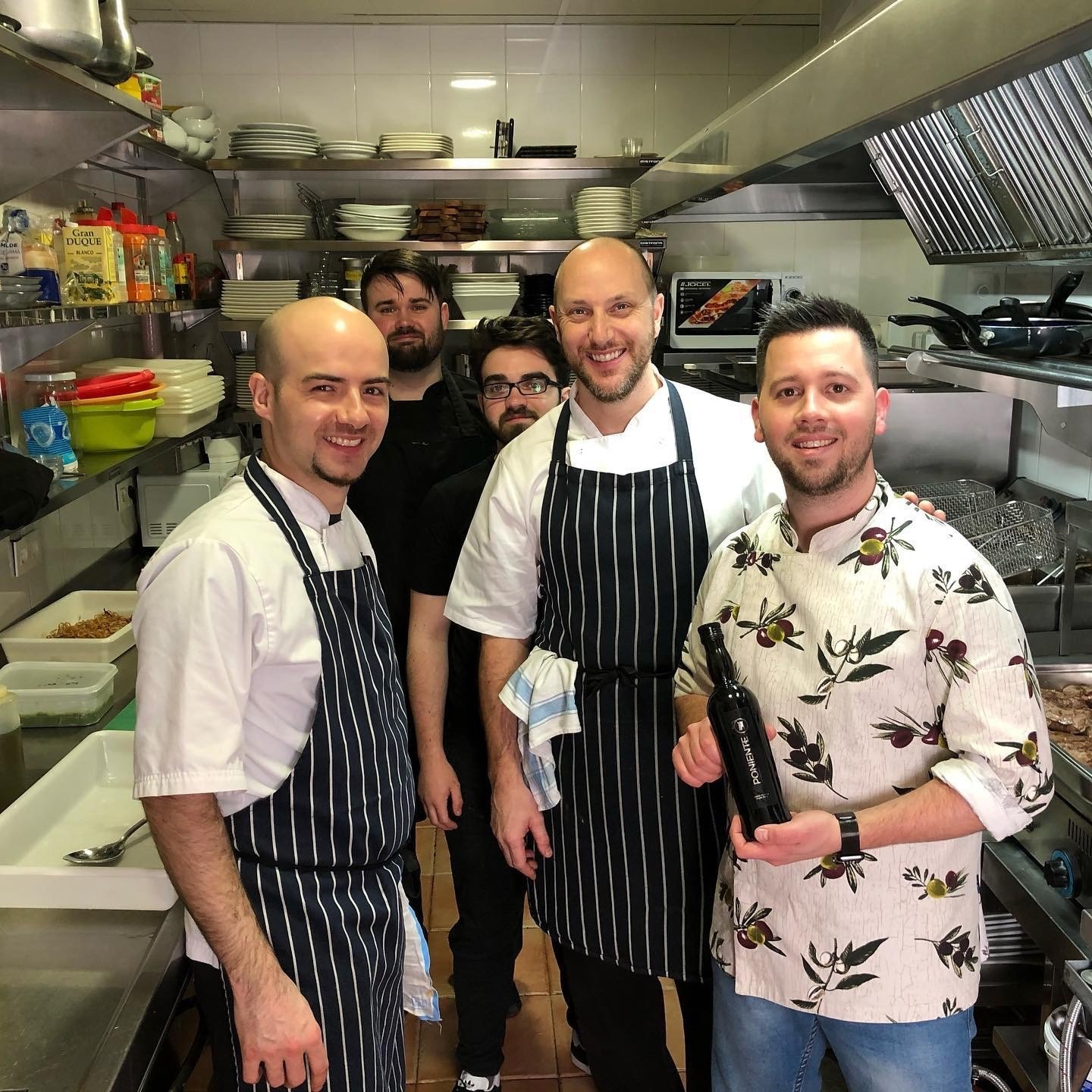 Today, Chef Jose Baena Perez of Meson Restaurante Jomay in Montefrio, winner of the Granjoven Chef 2018 and more recently winner of the “Toque Blancha” Radio Turismo Awards and, Chef Craig Wood of The Wee Restaurant in Edinburgh, winner of the 2015 CIS Excellence Awards celebrated a gastronomic exchange by demonstrating dishes typical of the two parts of the world to the people of Montefrio.

Part of a weekend of gastro workshops across Granada, today’s event was hosted in the Museo De Olivo (Olive Museum) here in Montefrio.

Both chefs were using olive oil of Poniente De Granada creating typical dishes from Scotland and Spain. Each chef took time to explain their dishes with a live demonstration.

Chef Jose created two dishes, typical to Montefrio, of Salmorejo con Alcachofas (Salmorejo with Artichokes) and an extremely popular dish of Montefrio, Sesos al Mojeteo (Pork Brains). Chef Craig showcased Shoulder of Scottish beef on a bed of crushed potatoes in olive oil, salsa verde and crispy fried onion. As well as watching the live demonstrations, attendees had the opportunity to taste the delights and speak with both chefs.

Other ‘intercambio’ gastro events over the weekend saw Chef Craig working alongside Chef Jose Caracuel Gamez, the recent winner of the a golden dish at the Nacional de la Gastronomia awards, at Jose’s award winning Restaurante Casa Piolas in Algarinejo. Together the chefs created a traditional Scottish menu to a packed-out restaurant, sadly we were too late to book a table!

Last month, Chef Jose Caracuel Gamez visited Edinburgh to join Chef Craig at his, The Wee Restaurant, as part of the gastronomic exchange where Chef Craig uses Orodeal olive oil of Algarinejo in his kitchens in Scotland.