Home / MontefrioA Weekend Of Activities For All
|  No Comments 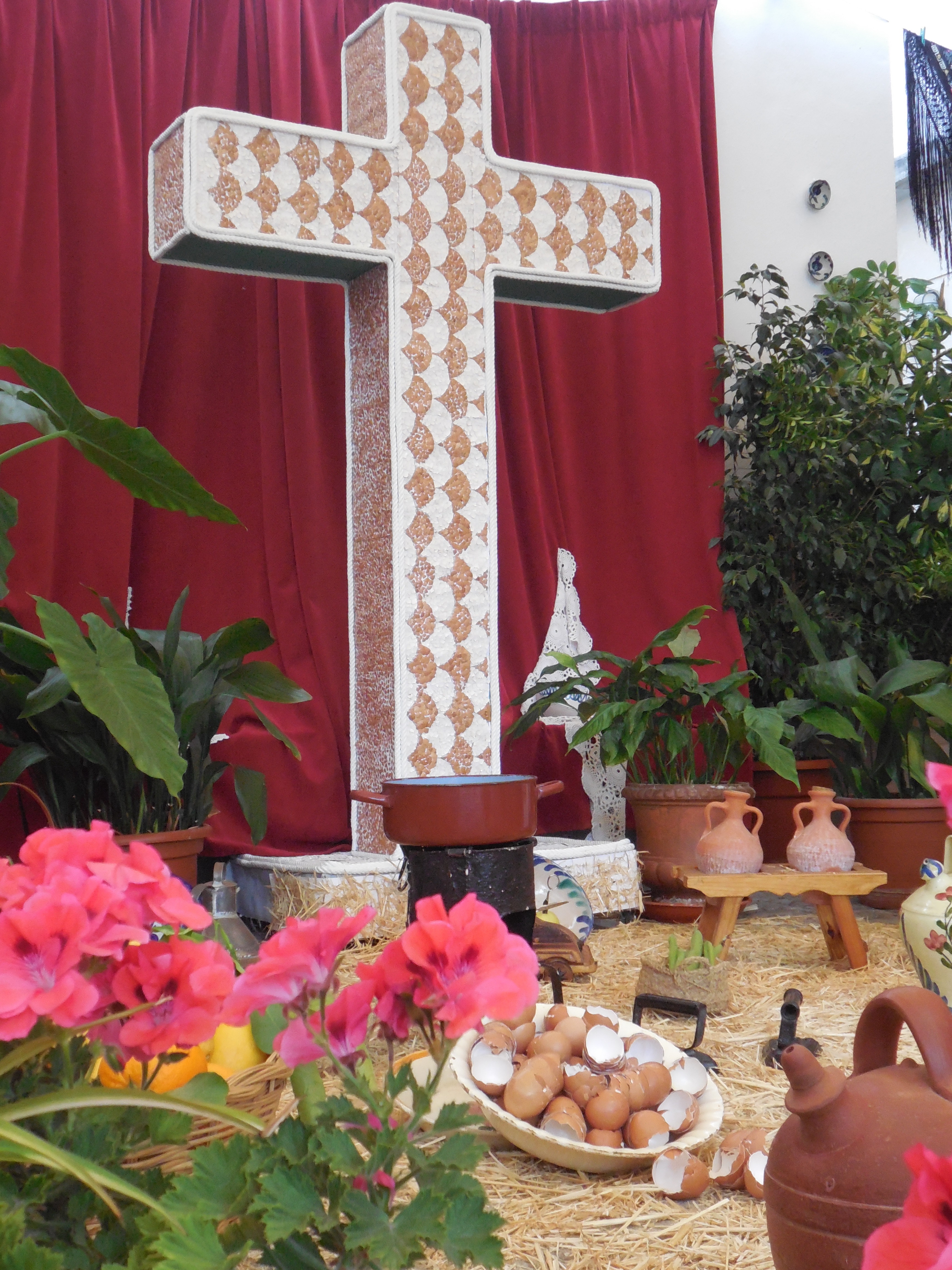 There really is something for everyone in Montefrío with opportunities for all to discover traditional cultures, explore the local area or relax and just take everything in that this beautiful and historic town has to offer.

Over the weekend, for the annual Dia de la Cruz (Day of the Cross) beautiful displays were seen in Montefrío to honour The Cross and many bars presented their ‘tapas especial’. The origin of Dia de la Cruz (also known as Cruces de Mayo – Festival of the May Crosses) dates back to 17th Century and is celebrated each year in the province of Granada at the beginning of May – a festival that is very popular in Andalucia.

It’s believed that Dia De la Cruz was first celebrated in Granada when a cross made from the mineral alabaster was erected in the district of San Lázaro at which locals danced and sang around in celebration. In the preceding years, children created small altars with a cross and decorated the altars with pottery and other objects. These displays have become more elaborate over time with many towns and cities holding competitions for the best cross.

Many of the original traditions continue to this day including the placement of an apple with a pair of scissors stabbed into it – a tradition that is thought to have warned on-lookers from making any negative comments about the displays.

Dia de la Cruz Montefrío
Like most towns across the region, the Ayuntimiento (town hall) holds a competition for the best cross and this year was just as spectacular as ever. From bars, local associations, the school and the residencias de la mayores (old people’s residences) there was, as always, many crosses to look at.

This year’s winner, Residencia San Antonio (pictured left) was one of the most emotive displays we have seen. Created by the residents and support teams, the cross was made from fragments of egg shells to represent the sign of life. As the team described on their Facebook page – “our hands are very slow…as too, our minds..But despite the difficulties we had much patience, persistence and heart”. It took 9 hours to create the cross but well worth it and a well-deserved winner! Congratulations to everyone that took part as, equally, it takes time to create each cross and a tradition that offers something for everyone.

VI Trial Villa de Montefrio
Over the year’s we’ve found that there’s no better way than to explore Montefrío and the surrounding country-side than by foot. Now in it’s 6th year, this event is a must for everyone that enjoys a challenge. For the very fit, there is the 24KM trail or the 13KM mini trail, both of which the majority of participants run. Yes, that’s right, they run it and people come from all over the country to take part – many of whom race to retain their previous ranking. For those that quite like to ‘take in the scenery’ there is the 13KM senderismo (trekking/walking). Although this follows the same route and elevations, people of all ages take part, taking in the beautiful views, flora and landscape. Having now completed two of these and ‘taken in the scenery’ there is talk that we might try the mini-trial in 2020.

II Concurso de Pintura Rápida Montefrío
With Montefrío being named in the top 10 best views in the world by National Geographic España, you can imagine how attractive the landscape is for artists to paint. Now in it’s 2nd year, this ‘rapid painting’ competition attracts many artists from all over who all mange to capture the ‘magic’ of Montefrío from every angle – as you can see from these photos taken by Ruta Turística Montefrío.